The art of stop-loss

Successful investing is about making money. Yet, sometimes more important than to make money is how to avoid losing it. What distinguishes good investors from bad investors is not only the ratio of good vs bad trades but also how they cope with bad outcomes.

July 17, 1998. Up until that day the investment fund Long-Term Capital (LTC), despite many difficulties, was still a success story. It had been an extremely successful few years for the fund’s founders, including Nobel prize winner Myron Scholes. After young professors discovered the mathematical theory that allowed them to exploit significant market inefficiency it seemed the financial holy grail was theirs. In 1995 the fund generated a 43% return, followed by 41% in 1996.

For most of 1998 the fund was struggling but was still doing ok. But on July 17 Salomon Brothers announced it was liquidating a significant part of its trading book. For LTC it was particularly bad news as a large part of Salomon’s portfolio consisted of the very same positions they held. In that single month, the fund lost 10%. But LTC was untouched. The technical market deviations creating market opportunities were exactly at the core of their activities.

However, on August 17, something unexpected happened – Russia defaulted on their sovereign debt. Because investing in Russian bonds at that time was very profitable it became a popular trade among many global funds. The shock that Russia’s default created in the global markets sent waves through all the markets. People gave in to fear. Everybody started liquidating their positions, good and bad. Because LTC was so successful for a few years, many Wall Street firms tried to replicate their strategy and their positions. It’s all going well for everyone when the music is playing but the Russia crisis caused the music to stop.

On August 21 LTC lost $550 million in a single day. For the young professors that ran LTC the magnitude of the collapse was enough reason to hold to their positions (the statistical probability of such market moves was 1 in 50 million). Yet, when the global financial system went into panic mode nothing was impossible. By the end of August LTC lost $2bn out of $4.5bn of their capital. They needed to raise $1.5bn in order to stay in the game. Given how strongly they believed in their positions, they kept looking for the funds. Rumours of the giant fund desperately looking for funding made the market situation even worse.

It was exactly those rumours that pushed LTC further into losses in September (on 21st they again lost $500m in one day). AIG, together with Warren Buffet and Goldman Sachs were preparing to take over LTC. Pushing prices in the other direction made their negotiation position stronger. Despite their efforts, a bid from Goldman Sachs and Warren Buffet failed. On September 23, New York Federal Reserve organized a consortium of 14 Wall Street banks and brokerage houses that gave LTC $3.6bn, in exchange for 90% of the shares of the fund.

We have all been there

We make a decision to invest in something with great confidence that it will be another hit. Yet, things turn out differently. At first, we think it is just a temporary deviation – we disregard and deny. As the price action continues moving against us we look for explanations. It’s great if it is done honestly. Yet, very often our biases and blind spots prevent us from doing so. We reject reality. How often do we hear: “It doesn’t make sense”? The final outcome varies from the happy ending (“it rebounded – thankfully I stuck to the position”), through panic selling (“it’s all going down, there is no hope, sell at all cost”) to the ultimate loss (“I lost everything, but I still think I was right”).

There are a few legendary investors who were against the whole market, were deeply out of the money, yet survived and made a fortune. Great! Unfortunately, in real life, such stories happen very rarely. Investors who can’t control their losses, are unwilling (incapable) of admitting being wrong, will not survive in the market for too long (as the owners of Long-Term Capital found out).

Why is stop-loss so important (and difficult)

Taking a stop-loss is one of the most difficult and important skills in this business. Why is it so difficult? Because most of the time we need to admit we were wrong and nobody likes this feeling. We fear that loss proves we are not good enough. Yet, often the opposite is true. If we don’t learn how to do it we risk losing much more than we can afford. Knowing when to pull off might be a sign of strength and wisdom rather than weakness. That is why it is so important to come up with our own rules and learn how to execute them. Your financial future will be thankful.

There is no one rule that will be right for everyone all the time. Each investor should develop their own stop-loss strategy. It should reflect their own investment style, parameters of their portfolio, investment horizon and loss tolerance. Especially long term investors might have more tolerance for short term volatility. However, the rules which I am sharing below form a good framework to build an individual strategy.

1. Begin every day with a clean sheet of paper. 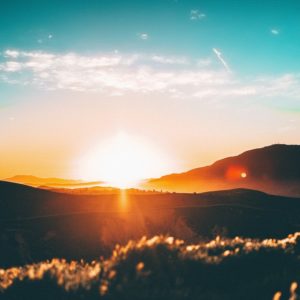 Look at your portfolio each day with an idea as if you were starting investing from scratch. What would you buy today? Does it match all the positions you currently hold? That exercise helps avoid confirmation bias and blind spots. It is also related to the second point.

2. There are no sunk costs. 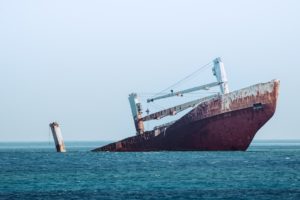 We very often hold on to past decisions because of the amount of loss (money/time/energy/emotions) we already encountered. We all do it every day but it’s wrong. If you are making a decision about the investment you should be only thinking about future performance. Every day is a new day and every price at any moment is the new entry-level for your position. Its the same with everyday life choices (how many times have you sit in the cinema watching a bad movie only because you bought the ticket?) 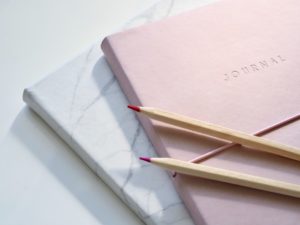 For me, it is my notebook where I document the major decisions I take. I write down the rationale behind the decision, what I am expecting, what is the environment in which I am making a decision (including my emotional status), what are the risks. It helps keep it very clear about the drivers. When things go wrong it’s very easy to be influenced by the newsflow and be vulnerable to your emotions. Keeping track of your decision process helps you go back and review the original rationale. It is also crucial in improving the quality of your decision-making process. Not every profitable trade resulted from a good decision and not every loss means a bad decision. 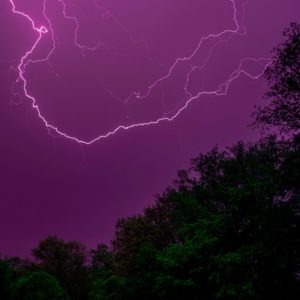 Keeping a decision journal helps me react to shifting market regimes. Most of the time the markets remain in a sort of equilibrium. There can be a swing in prices but they happen in a certain context. There are price ranges that hold. Correlations of different assets remain more or less constant. But from time to time market paradigms shift. Russia sovereign default was such a shift in 1998. It’s extremely difficult to predict those changes but thanks to keeping track of my assumptions I can spot that something is not going right. It does not necessarily trigger an exit signal but it does highlight the need for more caution.

5. Decide on the maximum loss of the position you are able to accept when making the decision. 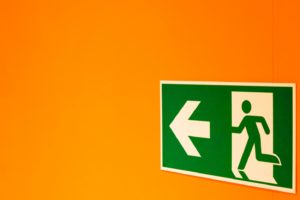 “The market can remain irrational longer than you can stay solvent”

Ok, you might be right. But it doesn’t matter if you run out of money (or lose a job) because of something out of your control. It is not easy but sometimes you just need to close your eyes and make a decision you don’t agree with. Having a max loss limit protects you from the overconfidence which many investors suffer from (especially after a long series of successful trades). 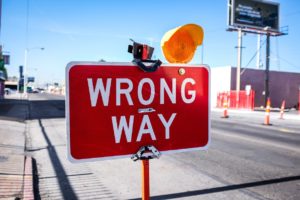 The nature of the financial business is that we need to be very confident when making decisions. However, the equally important (if not more important) quality than confidence is humility. We operate in an environment where the outcomes are often random. There is nothing wrong with being wrong as long as you know why and can learn from it.

Build your own strategy

Building your own strategy is one of the most important things in the investment profession. I am very aware the list above is not full nor perfect. I keep working on it all the time. The learning has not been painless, I fell into the same traps as everybody. But the only way out is to improve.

The bonus benefit of having such a strategy is that it helps in everyday life too. The difference is that we don’t invest money but we invest our time and energy. We see things are not going the right way but we hang on to our previous decision. It’s good to know when we should stop.